Who we are News and figures What we do English 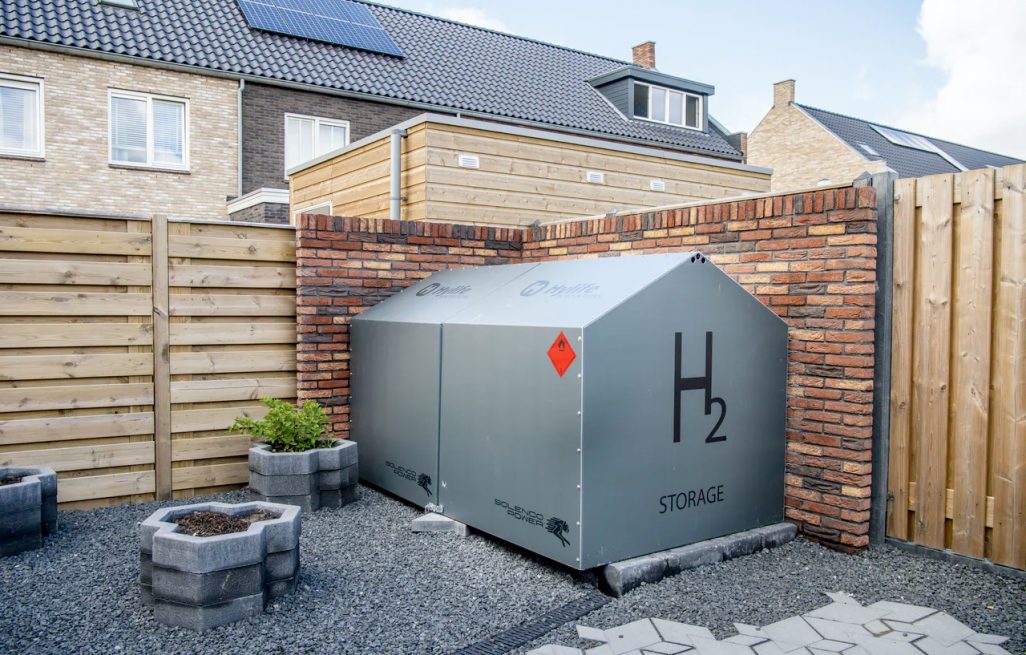 Hydrogen as a
sustainable source of energy for households

Eneco is conducting research with Coöperatie Deltawind and HYGRO Energy on the use of green hydrogen as a source of energy for households. In this project, the energy generated by a wind turbine is converted and stored as hydrogen through electrolysis and transported to households through a pipeline.

The research will demonstrate whether this technology can be used on a large scale as a sustainable energy source for households in Stad aan ‘t Haringvliet to replace natural gas. Indeed, if the residents do decide to switch to hydrogen, reliability and a guaranteed supply are extremely important.

Two years ago, the village council and engaged residents started an initiative to use hydrogen as a sustainable energy source for homes in Stad aan ‘t Haringvliet. The entire chain will need to be adapted to facilitate the switch to hydrogen, however. This not only means checking that all the existing pipelines are able to transport hydrogen but also installing a new central heating boiler in all the homes and switching to electric cooking.

Over the next few years, the idea will be developed further with the residents and all other partners, such as Stedin, Gasunie, the municipality, the province and local entrepreneurs. They signed an agreement to this effect on 16 July 2020. The aim is to switch to hydrogen by 2025. And if the residents of Stad aan ‘t Haringvliet decide to go for it, they will be the first in the Netherlands!

How do you make green hydrogen?

Through electrolysis – the combining of water and electricity in an electrochemical process – water is split into hydrogen and oxygen. If green electricity – wind energy, for example – is used in this process, it is CO₂-free and we have green hydrogen.