Who we are News and figures What we do English

Eneco, previously owned by 44 Dutch municipalities, was sold in late March 2020 to a consortium consisting of Mitsubishi Corporation (80% of the shares) and Chubu Electric Power (20%). Hiroshi Sakuma, Chief Cooperation & International Officer and member of the Management Board of Eneco, believes there are huge opportunities for Eneco to grow in the coming years.

What were the most important strategic reasons for Mitsubishi and Chubu to invest in Eneco?

‘The energy transition has been developing rapidly all over the world, including in Japan, Southeast Asia and the USA – markets where Mitsubishi is a strong player. The energy transition is more advanced in Europe than in the rest of the world, and that is why we view Europe as a kind of emblematic region for the global energy transition. Eneco has access to extensive knowledge about the energy transition, particularly in the area of offshore wind, and about issues arising from the introduction of large volumes of renewable energy generation. Japan, for example, is only just starting to construct large-scale offshore wind farms, so, by combining Eneco’s knowledge with Mitsubishi and Chubu’s local network and knowledge of Japanese legislation and subsidies, we can create an advantageous position there. We will strengthen Eneco’s sustainability strategy and expand it internationally. Eneco will become the European hub for all of Mitsubishi’s energy-related activities. Mitsubishi and Chubu will also further strengthen Eneco’s financial position, and Eneco will therefore be able to continue its core activities in a financially healthy way and remain one of the largest energy companies in the Netherlands and in Europe.’

The Japanese and Dutch cultures are a good match

In the Netherlands, Mitsubishi is mainly known as a player in the automotive market. Can you tell us more about Mitsubishi Corporation’s size, activities and position in the market?

‘With assets exceeding EUR 150 billion, a listing on the Japanese stock exchange, over 90,000 employees, ten divisions, 120 offices and activities in 90 countries. Mitsubishi Corporation is one of the largest consolidated companies in the world. There are many other companies named Mitsubishi, and even while they share the logo with its three red diamonds (in Japanese, ‘mitsu’ means ‘‘three’’ and ‘‘bishi’’ means ‘diamond’) it does not mean they are part of Mitsubishi Corporation. Not many people in the Netherlands may know this, but Mitsubishi Corporation also has a strong Power Solution Group (one of its ten divisions) and is a global player with major ambitions relating to the energy transition – around 10% of Mitsubishi Corporation’s total revenue is power business related. The Power Solution Group, which operates in Japan, the USA, Europe and Southeast Asia, has assets of almost EUR 14 billion (including Eneco) and consists of three divisions: International Power, Energy Services Solutions and Utility Retail. With the acquisition of Eneco, with whom we had already actively collaborated in offshore wind energy, Mitsubishi Corporation now also has a stronger position in Europe. Besides this, Chubu is the third-largest player in the Japanese energy market, with more than 10 million customers.’

Mitsubishi and Eneco have worked together before. What was your impression of this partnership?

‘We have worked together on three wind farms: Luchterduinen, 23 km off the coast of Noordwijk and Zandvoort; Borssele III & IV, which has just started production 55 km offshore from Vlissingen; and Norther, 23 km off the Belgian coast. In addition, operating under the name EnspireME, Eneco and Mitsubishi completed the construction of Europe’s largest battery in Germany in 2019, providing ample spare capacity to the European power grid. 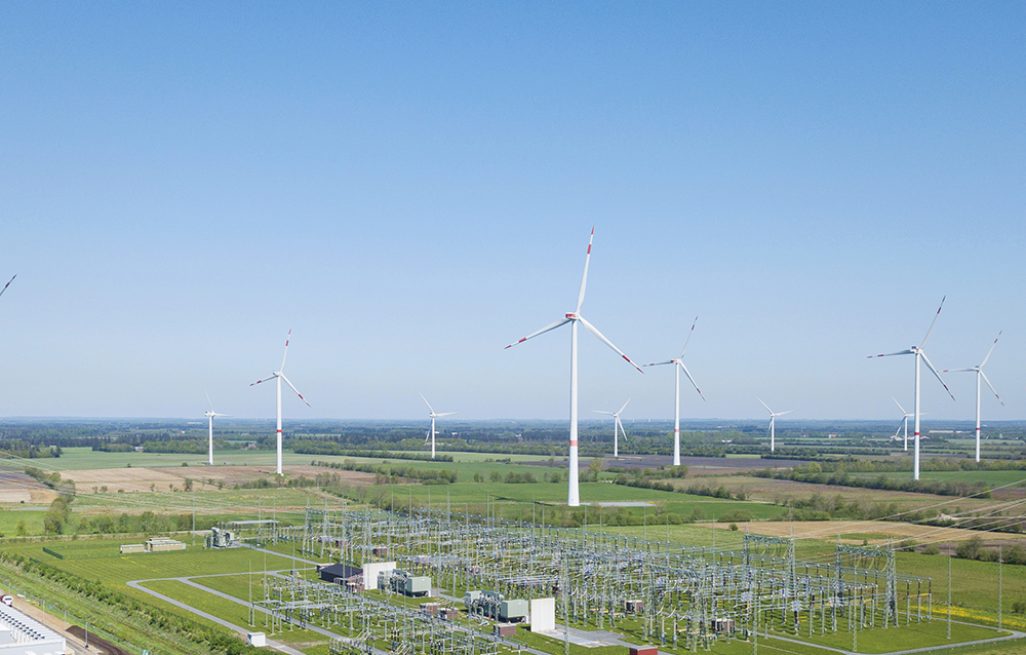 I was personally closely involved in all of these projects, and I must say that I view this partnership with admiration. I feel confident about the future because the chemistry of the two companies is similar and we share a vision for the energy industry.’

As Chief Cooperation & International Officer (CCIO), you are in charge of the CCIO office. What is the role of this coordination centre?

‘The CCIO office consists of nine specialists from Mitsubishi, two from Chubu and one from Eneco, so 12 people overall, not including myself. We have three objectives. The first is to create synergy between Eneco and the shareholders. During the sales process, we identified several real opportunities for cooperation. The second objective is to align the shareholders with Eneco. To that end, we have worked together on a business plan and a plan for financial control covering the next five years. We are also working on an exchange programme for Eneco employees and Mitsubishi and Chubu employees. This has convinced me that we share the same values and goals. The third objective is to create value as one team and to make Eneco grow. Despite the COVID-19 situation, all CCIO members are now involved in Eneco’s core business activities, such as finance, M&A, strategy, solar and wind, and heat and industrial. Everyone works together as one team. I think it is important that the CCIO members work as part of Eneco – not as shareholders – at the heart of the business, meaning they are familiar with the key people and have a good understanding of the business challenges.’

Can you give us an example of this value creation?

‘A good example of synergy is the offshore wind farm Hollandse Kust (North), which will supply green power equivalent to the energy consumption of more than one million Dutch households by 2023. This is a zero-subsidy project, and we have worked hard to reduce the commercial risk. We used Eneco’s knowledge and strengths, as well as our shareholder network, to create a new business case to mitigate the merchant risk, leading to a well-informed investment decision. This would not have been possible without the partnership between Eneco, Mitsubishi and Chubu.’

What trends have you noticed in the energy market, and how is Eneco responding to them?

‘One trend in the market is the transition from large power plants with a high-voltage transmission line to distributed generation with complex local network systems. Reducing CO2 emissions is a key part of this. Furthermore, competition is rapidly increasing, partly because the energy market is at a turning point as a result of extensive deregulation and digitalisation. Eneco’s integrated approach to all of these developments gives the company an advantage in the market. The combination of wind, solar, locally generated energy, heat, batteries, networks, heat pumps and IT, including the energy trade, allows us to manage the crucial balance between energy demand and supply, with the aim of developing the most sustainable solution. This is the core of our proposition and offers us unique leverage for continued growth.’

We have defined 18 synergy projects

Can you give us a few examples of how Eneco and the new shareholders are already working together?

‘Certainly. We have already made good headway and are considering cooperation in several areas, such as heat pumps, expanding the sale of green energy and energy services to Japanese companies in Europe, partnerships in the energy trade and possibly also hydrogen. We are looking at the most promising market segments, products and services. Overall, we have defined 18 synergy projects. Mitsubishi’s shares of EnspireME have been transferred to Eneco, and other transfers will follow. Eneco is also helping Mitsubishi with a tender for a wind farm in Japan, and there is another to come in the USA. Furthermore, Eneco has already started working with Chubu, examining options for district heating in Japanese cities and the possibility of upgrading the technical infrastructure of heating plants in Utrecht. By working together, we can also withstand fierce competition and continue to offer 100% sustainable energy at a competitive price to our millions of consumers and business clients.’

How do you look back on your first year as the owner of Eneco? Have your expectations been met, and is Eneco already creating value for the new shareholders?

‘Of course, COVID-19 has presented us with a challenging business environment. I have had more videoconferences than in-person meetings. Despite these unusual circumstances, however, we have secured innovative projects, such as the Hollandse Kust (North) offshore wind project. We are also awarded the Maasvlakte 2 wind farm. The Norther offshore project (providing energy equivalent to the consumption of 400,000 Belgian households) has started its commercial operations, and the offshore projects Borssele III & IV and SeaMade are also already operational. Among the established energy companies in the Netherlands, we score best on sustainability. In general, we managed the impact of COVID-19 effectively: our crisis team was operational even before the outbreak, and we adhered to all COVID-19 measures and kept our business up and running. Progress has also been made regarding the energy transition, so we have created value there. Of course, it is important to meet financial targets, but at the same time, Mitsubishi and Chubu are strategic long-term investors. I look to the future with confidence.’

What are your personal impressions? What do you think of Rotterdam and the Netherlands?

‘It is incredible to think that a year has already passed since I met everyone at Eneco World when Mitsubishi and Chubu announced the acquisition of Eneco. What strikes me is that the Japanese and Dutch cultures are a good match. The Dutch are more direct, but also transparent and polite, which the Japanese appreciate – we definitely get along well! At weekends, I enjoy playing tennis and golf with my Dutch and Japanese friends. One day, a friend invited me to take a trip through Rotterdam on a small boat, which was exciting, relaxing and fun. Rotterdam is a modern city with a lot of beautiful nature, and I appreciate the hospitality of the Dutch people. So, despite the pandemic, I have really enjoyed living in Rotterdam these first six months.’